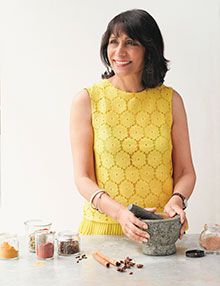 Brrr .. as Autumn sets in, get ready to take good care of yourself and keep those colds and flu at bay – with warming teas using healing spices … turmeric, lemon, ginger, cinnamon and even chilli and cayenne in hot drinks. I’ll also show you how to create a simple spicy treat which is not only delicious but packed with healthy spices.

After many years at the BBC working on food programmes, Kalpna published her best-selling book “Spice Yourself Slim” about cooking with spices for health and with 100 recipes from around the globe. She has written articles and recipes for BBC Food Online and other blogs and helped set up the biggest food festival in Bristol. Two years ago, she founded a project called 91 Ways to Build A Global City –which uses the uniting power of sharing food to bring the 91 language communities of Bristol together to break down barriers and build common ground. In 2017, she won the BBC Food and Farming Awards Local Hero award and The Guild of Food Writers Inspiration Award. 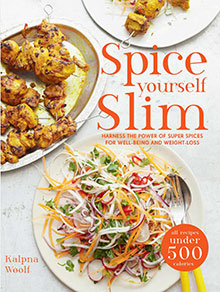